The Place Beyond the Pines – Review (Spoiler Free) 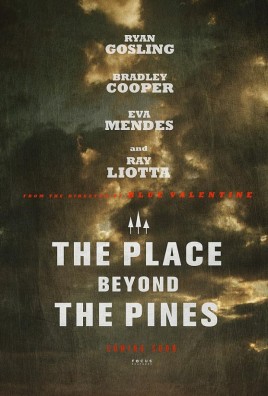 Cianfrance’s second film after Blue Valentine (also starring Ryan Gosling) is once again a film dealing with turmoil and human struggle, even though in scope his two films are close to being at opposite ends of the spectrum. Blue Valentine was a very intimate examination of a relationship between two people over a number of years, The Place Beyond the Pines however is attempting to be an epic tale of fathers and sons, as well as crime and punishment, and justice and corruption. It takes on a lot of material to deal with and consequently comes in at 140 minutes, a length of time which the film ultimately does justify.

Ryan Gosling plays Luke, a motorcycle stunt rider who when is unexpectedly presented with a child by his lover (Eva Mendes), decides to stick around and provide for them as best he can. This soon leads to him deciding to rob banks in order to acquire the needed money, a decision which ultimately puts him on a crash course with Bradley Cooper’s character Avery Cross – an ambitious police officer working within a corrupt department. The result of this meeting sends shockwaves through both men and their families, setting events into motion which will linger for generations.

The performances given here by everybody are excellent, with Gosling easily being the standout. He brings a magnetism to the screen which very few actors are capable off. His character has a simmering danger about him, but that is backed with a strong emotional core that makes his performance here rank amongst his very best work, which is saying something. I’m not going to talk any more about him because there will be no room for anything else in this review, but Ryan Gosling is one of the absolute best actors around today, and this performance does nothing to disprove that statement.

Bradley Cooper does some very good work here too, he’s an actor which I have only recently been familiarising myself with and he is showing a lot of promise right now. Eva Mendes is forgotten about a little in the film, she gives a very solid performance but in a tale of fathers and sons the mother figure isn’t really given a spotlight. As to the sons, both actors do well here with Emory Cohen not being given too much development to work with, but doing just fine with what he has. Dane DeHaan is very good as Luke’s son (Gosling) – he pretty much has to lead the third act and despite being proceeded by Cooper and Gosling he pulls through well.

This is not a very safe movie, it takes multiple big risks and I’m very pleased to be able to say that it pulls them off successfully. Derek Cianfrance is a very exciting director at the moment. He seemingly can guide his actors into giving excellent performances, he has a very strong eye for directing his films both artistically and as a storyteller, he has proved twice now that he can write and direct big emotions well and honestly, and the motorbike chase sequences in this film were very intense – and so it seems he may be able to direct action pretty well as well. It’s going to be very interesting to watch his work develop over the next ten or so years.

The Place Beyond the Pines is easily the best film of 2013 so far. It presents so many possible directions in which the film could go, and this is both frustrating but also incredibly praiseworthy. It simply means that I wanted to spend more time with all of the different characters. Despite this though, the film and its director know what they want to achieve and succeed at realising that on the screen. It may lose a lot of its initial momentum after the first act is over, but once we get accustomed to the film’s change of pace this one holds our attention and stays in our minds long after the credits roll.

← Oblivion – Review (Spoiler Free)
And This Month’s Silhouette is… →