Best enjoyed by switching your brain off and enjoying the spectacle.

This film about magicians turned criminals is often silly, it’s characters are underwritten and it defies logic with surprising willingness – and yet I had a good time with it. The action is entertaining, the visuals eye catching, and although the plot’s twist and turns leave a fair amount to be desired, the strong cast carries you comfortably along the ride.

My major gripe with this film is that it handles it’s use of magic rather frustratingly. It tries to straddle the line between presenting tricks that are large in scale and scope, whilst also offering rational explanations for them, and it’s just not up to the task. There’s no intricacy here, and it would be easier to swallow certain moments if it was revealed that the magicians could indeed perform genuine magic. One only has to look at The Prestige, a film I’m not even a huge admirer of, in order to see how much more deftly magic can be handled.

All of the cast though give solid performances, which don’t stand amongst the best of their work, but which nicely pull the plot along. Predictably Jesse Eisenberg is good fun here, and Zombieland fans get to see him reunite with Woody Harrelson. Also Dave Franco has made me want to see more of him and less of his brother (James Franco) in the next year or two. However it would be nice if Isla Fisher had been given a better character to work with from the start, and the attempts at romance between two characters is just painfully uncharismatic and unnecessary. 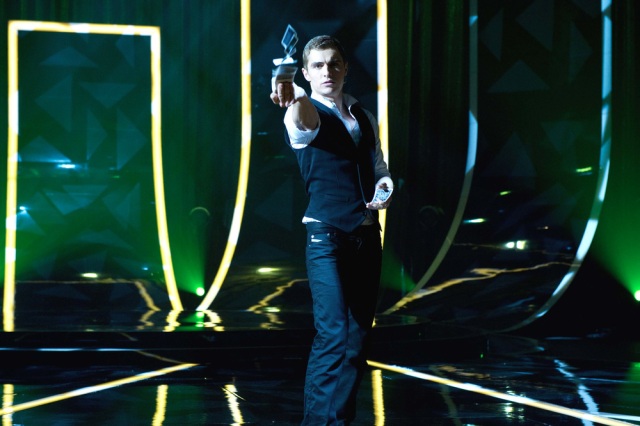 I love the idea of magicians pulling off a heist – there’s a lot of potential there for a really great film. Now You See Me could have joined Inception as an unusual and inventive heist movie with a strong cast, impressive visuals, and a great take on a well trodden genre, but instead it struggles to provide any complexity. It simply gives us a fun experience that’s not meant to be thought about after the credits have rolled.

What is the film’s greatest strength?
It’s spectacle.

Its greatest weakness?
It’s got to be the lack of character development.

Would I see it again?
No. I enjoyed it for what it was, but I suspect that it may not hold up to repeated viewings.

Disagree? Agree? Let me know by tapping out a comment below!