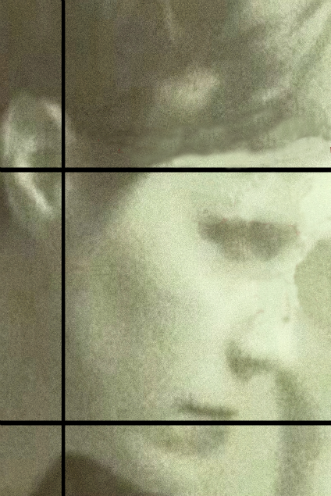 Pablo D’Stair is back. After a very mixed reception last time around with his feature film (A Public Ransom) the filmmaker has returned with another story about two people’s lives being thrown upside down after the appearance of a mysterious stranger. This time we have a married couple who, it would seem, are not in a great place with each other. The situation worsens when a man claiming to be Lana’s first husband appears to Leonard, only for Lana to then deny ever being married before she met Leonard. A series of confessions and revelations must then follow as Leonard tries to figure out who is lying and who is telling the truth.

I have to say I was really on board with the starting point of this film. On paper it reads as being rather Hitchcockian, and there are a million ways in which the situation could develop and spin out of control. However instead we have a very static film where not a lot really happens. I’m all for a slow burning talk piece, and I know that D’Stair does like his films to be full of talking, but there is so much wasted time here with repetitive dialogue and meaningless scenes that the one hour run-time does feel very slow indeed.  The problem here is not that the concept of a discussion filled movie is a bad one, but there has to be variation in what is said, how it is said and how it is filmed. Here we just have argument after argument after argument, I honestly think that you could cut two thirds out of this and make it the first act of a movie. That or make it a short.

The film works us through a puzzle which only attentive viewers will catch. I like that. I like how a film doesn’t have to state everything up front and leaves you to piece some things together. The issue with its presentation here is twofold. Firstly, in my opinion it is played just a little too subtly and I think an awful lot of people will just be confused unless they rewatch the film. Secondly we need to have some sense of closure when the film ends, and by that I don’t mean all of the answers, but something needs to feel complete. The lack of any sort of character arc or sense of closure is hugely distracting and instead of working out the puzzle we are just thinking about how much was left unexplored.

If I’m honest then I am struggling to think of any reasons for why I would suggest checking out Doctor, Lawyer, Indian Chief… the dialogue is bad, the artistic camera placements start off interesting but become tiresome and the acting leaves a lot to be desired. Just like in A Public Ransom D’Stair’s cast are hugely theatrical, grating and empty. As to the title, it at first seemed frustratingly unrelated but then since thinking about it I’ve come to believe it is as a reference  to the Betty Hutton song, which links thematically in my eyes. Then again I’m far from certain and if anyone else who has seen the movie has any other ideas then let me know. D’Stair’s films are full of interesting ideas, but until his dialogue is tightened and his casts improve it’s just too hard to wade through it all to get to what he wants to say.

What is the film’s greatest strength? The ideas behind it and the puzzle it wants to present to us.

Its greatest weakness? Just like last time it has to be the acting.

Would I see it again? Nope, I’m good with just the one watch with this one.

Tap out your thoughts in the comment box below!