Today we are excited to welcome actor, director and musician Robert Davi to the site to talk about his new role in the film Awaken. You will undoubtedly recognise Robert from numerous roles in his career such as the Bond villain in Licence to Kill, one of the scheming brothers in The Goonies, and of course FBI Special Agent Big Johnson in Die Hard. Read on to learn about all of the above and much more in our interview below…

Could you firstly just tell us a little bit about your role in Awaken?

Well I play a guy who’s trapped on this island, who’s been trapped for a while, and who is aware that there is something awry. It’s not something you can quite figure out immediately and then at a certain point you find out that everything isn’t what it appears to be… without me giving away some of the surprise elements of the piece.

I’ve heard you say in the past that you often take on roles which give you the opportunity to do something you haven’t done before, or which you can put your own spin on. Is that what drew you to Quentin?

Yeah, that was certainly a part of it. That and Natalie Burn, she’s a lovely girl and a friend. I like to support young, new talent which is coming up, you know? I also like the idea of the survival piece. That was interesting to me.

And did you and Natalie meet on the set of Expendables 3 then?

No I met her prior to that, we were friends going way back before then.

Ah OK, when I talked to her she talked about the research she did as a writer. Now I don’t want to give away too much but I think it is fair to say there is an element of organ trafficking in the film, did you do any research into the trafficking world?

Well I knew about that subject quite a few years before now. A friend of mine did a script years ago, David Marconi The Harvest. That was in back in the mid-nineties I think, so it’s been going on a long time.

So how did you set about preparing for the role then?

It seems to me Robert that you’re drawn to old school action movies; whether it’s 80’s ones that you were in like Licence to Kill and Die Hard or throwbacks like Expendables and Awaken…

Well I like the kind of stuff they are doing now too. I love what Robert Rodriquez and Quentin Tarantino are doing…

Have you found your roles changing as you got older?

Nothing really changes you know? What changes are what people think and what they don’t think… I’m more into the music right now. For me my passion is drawn to the music. I still enjoy the acting but I don’t find it to be as all encompassing to me as the music. The music lets me express fully who I am as opposed to a little bit of a character here and there.

I enjoy directing, I did The Dukes which won nine awards, and that lets me express my vision. Acting is wonderful, but you know I’ve climbed that mountain.

Talking about the singing is that something which started when you were a kid? Obviously you acted with Sinatra at the beginning of your career too…

Yeah I was singing from an early age, I would say eighth or ninth grade. I was encouraged to study that, and then I was winning awards for that and the acting. 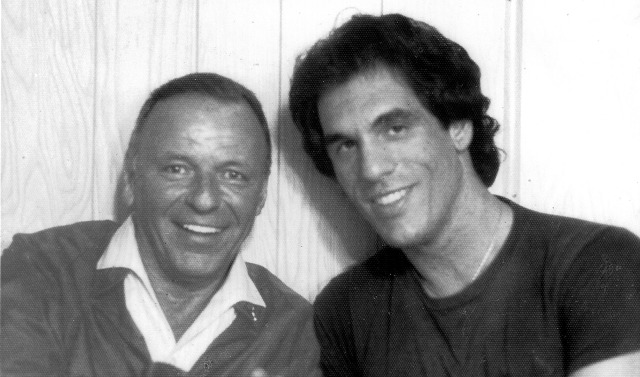 Well first off we are talking about Bob Dylan! I was fortunate enough to be friendly with Brando and then Sinatra. When you’re in a Bond film you get to meet a lot of interesting people. You know then there was Quincy Jones, who is one of the great human beings of all time. He is a fan of my music. And there is a handful of really iconic figures including those and Dylan who I have been able to touch, work and be friendly with.

Dylan is a big fan of Sinatra’s, that music which I call the Shakespeare of America. So it was great to get close with him and do that video together.

I can imagine. You mention how Bond opened you up to a lot of these guys, so do you think playing a Bond villain primarily opened up opportunities for you? Did it contribute to stereotyping?

A bond villain… I mean everyone wants to play them. Look who’s playing them now; Javier Bardem and Christoph Waltz. You get great actors playing Bond villains. So when I was growing up whether you were an actor, actress or director you wanted to do the Bond films. Doing it puts you in a certain kind of category.

Then I was fortunate enough to do Son of the Pink Panther which was another iconic series of films. It wasn’t as extensive as Bond, but it’s as culturally important in terms of Peter Sellers. I’ve been lucky in that respect.

Yeah since I was a little kid.

Oh great! Well you know Cubby Broccoli and Sinatra and Sidney Korshak? I used to have dinner with those guys, and now here’s a little titbit for you. What’s the name of my character?

Exactly. Now who else shares those initials?

Right, and it’s the same amount of letters in the name as well. It was done as a kind of nod because he had always wanted to play a Bond villain and I was a friend, so it was done as this fun little inside thing.

Oh wow, I didn’t know that! Do you think you would like to play more ‘good guy’ roles in the future? You do of course have a fair few under your belt but are still mostly known for playing the bad guy…

Yeah well I did the series Profiler for four and half years where I played the ‘good guy’, so there’s that. I just want to play great characters. In fact I would like to do some period work. I would love to do one of your wonderful English series, or those Merchant Ivory series that they used to make. I’d love to do something like that. It’s probably unexpected, and that would be fun.

It would certainly be unexpected…

Yeah, it would be lovely.

And that’s all folks! I hope you enjoyed this interview with Robert Davi. As always drop your thoughts off in the comment box below, we like to know what you think!