Under the Skin- Review (Spoiler Free) 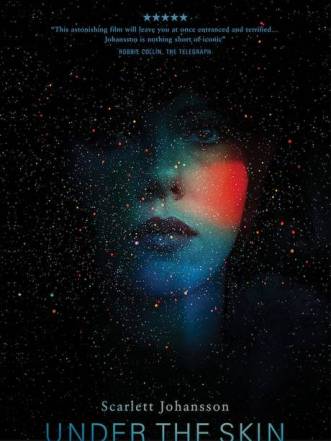 Scarlett Johansson stars in this tale of an extraterrestrial who straps on a man suit and prowls around Glasglow in its transit van looking for men to seduce and consume. Now that is as good an introduction to the plot as any, however it doesn’t even begin to tap into the fascinating investigation the film takes into what it means to be feminine, masculine, human as well as alien within your community. Johansson’s character involves us in her gaze and consequently we start to see human world around her as alien and strange, an unusual experience which the film achieves remarkably discreetly.

For all the criticisms which I can imagine people leveling at this film, something which I think is undeniable is how it is rare to come across such synergy between visuals and audio. When it opens we are greeted with a single pinprick of light that feels as threatening as it does mysterious. That then gives way to the image of an eye that’s met with and dissected by the sound of a person attempting to sound out words. These almost comprehensible grunts sound digital, as if they have been uttered by a computer or an alien presence as it attempts to figure out what the fundamental human attributes are and what they sound like. From there we are greeted by a soundscape composed by Mica Levi which is less of a score and more of an amalgamation of noises weaving together to create a constant and reliable thread throughout the film. It’s intended as something which the film can hang its disparate elements on and it works beautifully. 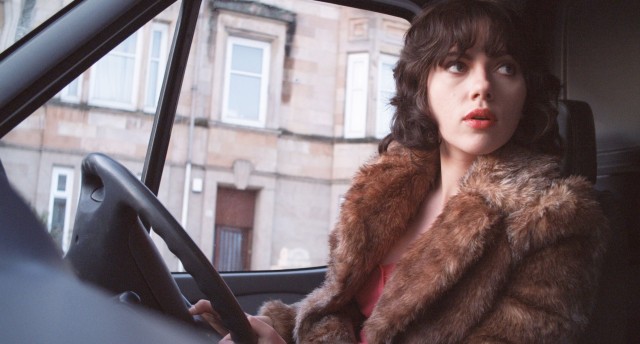 Sitting comfortably alongside the score is the visual experimentation going on in Under the Skin. The film is composed of two broad elements; the first is the artistically driven camera work which lends the film its otherworldly beauty, the other is footage which was filmed candid camera style on the streets of Glasgow. The second mode allows the film to add a meta element to its questioning about celebrity and its relationship to normal working lives, but the second presents us with powerful and often nightmarish-esque imagery which entrances and horrifies in equal measure.

Of course one huge contribution to the film which I have so far overlooked is Johansson’s. Whereas in Her her performance was composed of nothing but her vocals, here she has very few lines to deliver and must reshape the Glaswegian streets around her into an alien landscape using little other than her physicality and the way she reacts to its environment. It’s a hell of a task and one which she performs admirably in a film that’s one of the most courageous and artistically driven in years. Director Jonathan Glazer makes no concessions to his audiences and consequently this isn’t a film for everyone. Instead it is a singular vision that desires heaps of praise be piled onto it.

What is the film’s greatest strength? I’m tempted to go with the score… although it’s a toss up between that, Johansson and the elegant special effects.

Its greatest weakness? There were a few odd elements which lacked a little too much clarity, but it’s nothing that time or a re-watch won’t fix .

Would I see it again? Absolutely, it may not be a sci-fi classic in the making but it is a hugely commendable entry into its genre.

Thanks for reading, please do fire your thoughts out in the comment box below!