Today we are joined by actress Angela Dixon to talk a little about her new film Never Let Go. Angela stars in this film, directed by acclaimed director Howard J Ford, as a mother who is forced to violently search for her missing son. Part Taken, part its own beast, Never Let Go went down very well at this year’s FirghtFest and features a great lead performance by Angela. Read on for our interview…

Firstly can you tell our readers a little about Never Let Go and your role within it?

NLG is about a single mother who goes on vacation to try to connect with her baby after suffering from post-natal depression. Whilst away her child is abducted and the film follows her as she battles against considerable odds to take back her child.  I play the lead role Lisa Brennan who the audience discovers as the film progresses is not quite as she seems.  She has special training and knows some very powerful people back in the US who she calls upon to help her.

How did you first begin approaching the character of Lisa and what she has to go through mentally? What inspired your interpretation of the woman on the page?

Apart from training physically in order to be able to survive and thrive under the conditions and demands of the shoot my starting point with preparing for Lisa was her internal emotional and psychological profile.  It was really important to me that first and foremost she was a believable, real woman faced with unthinkable dilemmas and that I took the audience along with Lisa as she worked her way through them.  I studied the script forensically and then myself in order to find and choose the right personal references and touch points that would enable me to bring colour and depth to her words and actions.  Lisa feels deep rooted guilt and blame for her part in her father’s death, she is post-natally depressed, she feels self loathing and is not able to accept experience or give love.  The true journey of the film for me is her movement from these feelings to forgiving herself, loving herself and her child and through that she receives redemption.

Which aspect of the film did you find to be the most daunting?

The most daunting part for me funnily enough was the accent.  I have played American characters before and I didn’t think it would be a problem.  I played the president of the USA in Andrew Cartmel’s political satire Under The Eagle on the stage a couple of years ago.  What I realised as I started to work on finding Lisa’s voice was that playing an American character to a predominantly British audience on stage was very different to playing to a potentially native audience on film.  I was fortunate enough to stumble across the most incredible accent coach Paige Walker and with her help I worked phonetically through the script.  For 5 weeks before the shoot I was working 3-5 hours a day on the accent.  So much so that my jaw began to lock and I got migraines.  By the time we shot I had painstakingly worked on getting every syllable to sound like a standard American accent. Thanks to Paige when the film was screened to an American audience it was accepted that I was American.

How would you maintain your focus and control of the character and scene over the course of those long and rather gruelling sounding shoots?

Some days were very long, quite disrupted and often stressful.  One day I was filming at 9am and finished at 3am the following day. This was guerrilla filming and I knew that there was going to be a lot of uncontrollable moving parts.  In my preparation I drew up an emotional, mental and physical story board scene by scene so that no matter how last minute or random the situation I knew exactly what I needed to do, what emotions to call upon, what Lisa was thinking and physically what state she was in.  When you are playing the lead, especially in a film like NLG when your character really is carrying the film, you have to make some very clear choices as to what you give and when you give it.  It’s a little like composing a musical score.

Given your fitness level would you ever consider doing the odd bit of stunt work alongside your acting?

Now that’s a thought!  I have flirted with the idea on and off of being a stunt-woman.  It’s a romantic idea but I am sure as always that the idea and the reality are very different.  The stunt guys I’ve met are incredible and have so much skill not just physically but also they plan to minute millisecond detail.   I do love working physically.  However, my joy is in the crafting of the character and finding the right way to bring the truth of a story to life.

What was it which first inspired you to act?

I think it was in my soul when I was made!  I’ve always wanted to act and when I do in the right circumstances it feels like I was born to do it.  I have a very strong desire to communicate and to heal.  I see storytelling as an essential part of our existence and I think it can be transformational.

It would be really interesting to hear a little about the time you studied under Stefan Gryff, how did those lessons shape you as an actress?

Stefan is one of the reasons I am still an actress.  You get a lot of rejection in this industry and having someone in the business who you respect giving you the thumbs up is so motivational.  His support kept me going through some pretty dark times. I worked with him on film scripts providing the counterpart for other students.  Sometimes I would be doing one to two sessions a week when I wasn’t working as an actor.  He was very hot on being truthful and alive in front of the camera, allowing the audience to see your thought processes.  You couldn’t get away with anything false.  I will always be extremely grateful for his mentorship.  I learnt a lot from him. 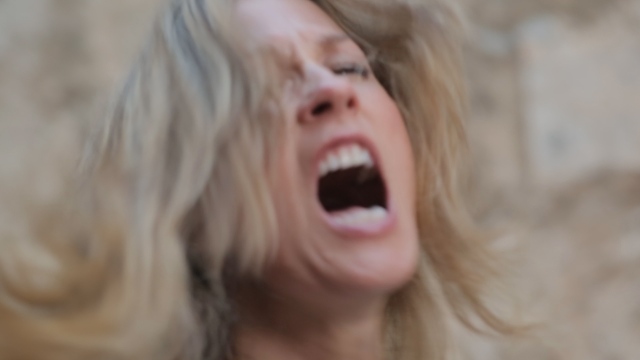 Having now worked in the industry for a while would you recommend that every aspiring actor studies with somebody like Gryff for years or do you see different backgrounds being equally as effective?

I think everybody finds their own path in terms of training but I do think that an actor should train and practice.  Actors make ‘speaking lines’ look very easy.  Surely all you do is learn some words someone else has written say them in the right order and don’t trip over the set? Acting is a craft and requires skill.  The more you practice, the stronger your creative muscle is.  My encouragement to all actors is to study, practice and make decisive brave choices in their work.

And finally what have you got coming up soon? What should we be keeping our eyes open for in the future?

I am working with Howard’s brother, Jon Ford this month on his next feature film Tooth ‘N Nail which I am really looking forward to.  I am also cast in a lead role in Marc Zammit’s indie feature film Homeless Ashes.  I am very excited about what the future holds and what opportunities NLG brings.

And that’s all folks! Let us know whether you are planning on seeing Never Let Go in the comment box below!