The new comedy Just Jim opens in the UK today and we have brought director and star Craig Roberts onto the site to talk about the film, how his first directing experience went and how an Eminem lyric inspired him to add a Pied Piper of sorts to the script. Best known for playing the lead role in Richard Ayoade’s Submarine it’s exciting to see Roberts step out into the world of directing and we appreciate him taking some time out to talk with us. Here is our interview…

First of all, tell me what it’s like directing for the first time.

It’s pretending to be confident. It’s walking around like Kanye West, pretending I was a rapper for most of it. I rapped instructions. It’s a good experience. It’s very weird. It feels very strange having people show up to help make something that people think is good, and I’m very grateful to all those who wasted their time.

I did not. That would be terrible.

So you can’t demonstrate what it would be like if you had?

Did you write the film in order to direct it?

I did indeed. I’d directed music promos beforehand – only like two – and I wanted to direct a film. I’d seen this scheme going that was giving £300, 000 to three films, so I just wrote down this idea I’d had about a kid having a breakdown of sorts, and at the same time it came, weirdly enough, from this Eminem lyric: “best believe somebody’s paying the Pied Piper”. I just got fascinated with this idea of the Pied Piper, and that’s where the American came from in the story. The first half was based on my childhood; then I brought in the Pied Piper to help that character; and then, when he’s not rewarded, he wreaks havoc.

And how strongly did your script draw from your own childhood?

In the first act, it’s a lot. Like the birthday party scene – that happened to me. My experiences with girls, not being able to figure out who were my friends, what was going on – I was basically on one big quest to find out who I was as a person. That’s hard. I don’t think anybody completely figures that out, and that’s something very interesting about the coming-of-age genre – it’s only about kids. Punch Drunk Love is a coming-of-age film, in which the protagonist is trying to figure out something about himself;The Graduate is obviously a coming-of-age film; but like, There Will Be Blood, I suppose, is a coming-of-age film, too. Everybody’s trying to find something out about themselves. Nobody ever says “I’ve done it, I’ve come of age”. Apart from Quentin Tarantino. He seems pretty of-age. 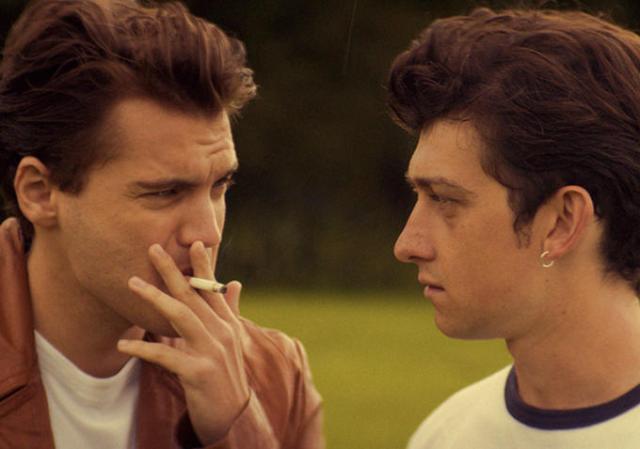 Probably. But his interviews are so fascinating. I love watching him just being interviewed – “Oh, oh no guys” (nails Tarantino impression) – he’s so good. He’s got that tic of “Alriiiight” (nails it again). So cool.

Did you always have yourself in mind as Jim?

Yeah. Because it felt like it would probably be easier to get the funding if I were to attach myself [as star]. And I knew the story so well that I felt I’d be able to give the kind of performance I was looking for. I act a certain way – I’m very awkward, I don’t do huge expressions, and that was what I wanted. But I did think about casting somebody else at one stage, like a complete unknown. I do love that experience, seeing a new face for the first time. But then Emile [Hirsch, Roberts’ co-star in the film] happened, I don’t know how. Emile saw the script and just called me. His only concern was the kind of camera we’d be using, because he’d heard that it was lo-fi. But I assured him it was all fine, and then he just showed up. I think he was in character for most of it, as well. I don’t think I ever met Emile.

It was a great bit of casting, this classic American, movie-star face…

Well it’s interesting, he did The Girl Next Door, which was essentially his story, where the girl turns up next to him and makes him cool – that was something that only occurred to me recently. But it was never Emile that I had in mind. I didn’t know who I was thinking of. I mean names got thrown around – you know, like James Franco, someone like that. But we’ve seen [Franco] do that before, play that James Dean character. This is something new for Emile – with every performance he gives, it’s always something new. So it had to be someone with that sense, like the character in Breathless, of just being effortlessly cool – that kind of character is so funny because he takes himself so seriously. So when Emile was suggested, it was great, and I can’t picture anyone else doing it now.

Was there any improvisation on set by you, or Emile? Or was it mainly script?

We had so little time that it had to be mainly script. But I think Emile improvised some stuff. He shouts at a kid, there’s a scene where he goes a bit crazy, and for that we just left the camera rolling.

Because the film kind of has that improv feel.

Oh, that’s cool. That’s good. Yeah, because there’s not much dialogue in the whole bloody film – it’s just me wandering around. But I didn’t want to improvise too much, because I’m in so much of the material, so there’s very little control.

I was going to ask about that – was directing and starring a challenge?

It wasn’t, actually. I’ve been acting for about fourteen years, so I know what to do – to a certain degree. So that was fine. The main issue was timing, having to decide which shots I needed to look at. I really wanted the film to look a certain way, and for the cinematic grammar of the movie to reflect how the world treats Jim. I needed all that to come through, so I had to make sure there was time for everything.

Were you very involved in editing?

I was there every day, as much as possible. My editor, Stephen Haren, was pretty fricking awesome, so that was cool. We created all of those anxiety dreams, in which Jim is placed underwater and is struggling, from scratch. It’s probably the most important part of a movie, editing. And it’s the most important part of the writing process, for sure. So you have to be very careful with who you bring into that process, because if you bring too many people in it can really mess with your vision. It’d be stupid not to be involved with it really.

Stylistically, the film has two very distinct halves. What other films did you look to in creating that?

Punch Drunk Love was a big reference, especially for the first half. The Conformist was a big one, for the lighting and stuff. When the movie changes, when Jim is dragged into this nightmare, I wanted the tone of the movie to change with the protagonist’s circumstances. Instead of fabricating it, keeping it all dry and quirky like it is in the beginning, I wanted to actually delve more deeply into that, to actually go with him and see this heightened reality, this nightmare he’s stuck in. The Conformist helped for imprisoning Jim – a lot of the lighting is like bars on his face. Ghost World I liked, too. There’s that 50s but also kind of 80s thing. I mean, my hometown’s very stagnant, just like that – the kind of place where people still wear mullets.

Tell me about your future – more directing?

I’d like to stay alive, first of all. I’d like to direct stuff, but it has to be the stuff that I want to direct. I don’t really see myself directing Godzilla. I just want to do character studies, weird things. I think we need more weird stuff in the world.

Just Jim opens in the UK today! Will you be checking it out? Be sure to let us know in the box below!