The Road Within – New Release Review 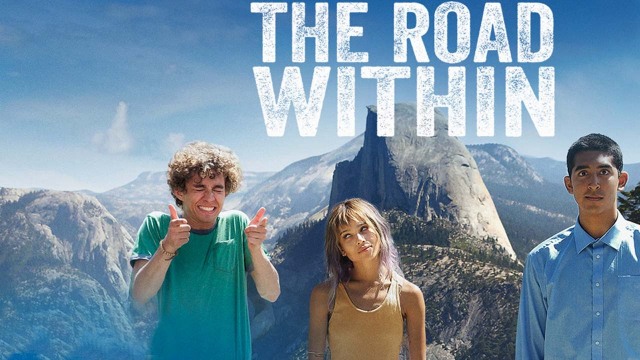 Having followed Robert Sheehan’s career since Misfits I was intrigued to see how he would tackle playing a character suffering from Tourette’s syndrome in Gren Wells’ directorial debut, The Road Within. I’m pleased to be able to say that he surpasses expectations; delivering a performance which is as studied and intelligently played as it is funny, fresh and affecting. At its core the film is yet another teenage comedy-drama but what’s notable isn’t that it’s set against the rather precarious backdrop of psychological disorders in young people, but rather that its protagonists are not reduced to the labels of Bulimia, O.C.D, and of course Tourette’s Syndrome.

Dev Patel’s performance is also noteworthy. He portrays a young man suffering from O.C.D. who somehow gets swept along on an emotionally unfurling and often comedic journey with two other patients from the asylum. Playing the last of those three patients is Zoë Kravitz who does a pretty good job with the dialogue she is given, although she only has one short, emotional scene that really impressed me. The two crust characters (Sheehan’s father and his therapist) are the weakest of the lot despite having enlisted the likes of Robert Patrick to play a very much stereotypical uncaring father figure with a dash of emotional turmoil lightly bubbling underneath. Patrick does a decent job of playing the part but it isn’t quite enough to really pull fresh colours from the frankly lifeless dialogue.

The film’s great strength is Dev Patel and Robert Sheehan who excel where the script falls short. It is always risky writing a film that deals with topics such as disability but the actors convince, never overworking their portrayals to the point of being embarrassingly over the top. Despite the script’s flaws the film is on the whole quite an enjoyable and easy watch. If you are a Sheehan or Patel fan then I would recommend that you check this one out, if only for their performances alone.

The Road Within arrived on digital on the 15th February, will you be checking it out? Let us know in the comment box below!