Today we are excited to welcome Joanna Ignaczewska to the site in order to talk about her starring role in The Scopia Effect. We found the film to be an ‘audacious’ and ‘refreshingly curious’¹ piece of moviemaking and so it proved very interesting to hear from Joanna; learning how she approached the role’s complexities, her avoidance of research when preparing for a role, how she views acting and the methods used to approach roles and much more!

Read on for our interview…

Firstly could you introduce The Scopia Effect and your role within it to our readers?

Scopia is a film about reincarnation, a spiritual journey. My character (Basia) is going through very difficult times: she does not really understand what happened and why it is happening to her. During hypnosis sessions arranged to help her to go through these difficulties she becomes plugged into her past lives and we find out that they have had a huge impact on her as they begin to take over her current, modern day life in London.

I think it’s very important to the story that Basia is very warm and gentle character – who’s very open to life and experiences. Then when she goes through the reincarnation experiences you can see the contrast, see how she is traumatised by things which she is incapable of controlling.

The script was only the bones of her character, I had to give Basia a heartbeat. I think that’s the most important part in building any character, but particularly Basia. Once we started the rehearsal process with Christopher Butler (Director), we had to decide what was going on in each scene, why she is upset, how she is reacting to things…. Fear and emotions had to look different every time in a scene because, like in life, we react differently to events and don’t react to fear and trauma in exactly the same way each time. It’s a very alive process when it comes to the emotions we create on the screen and we have to be aware of that.

There are so many interesting elements to the film, what was it which initially grabbed you about the film and made you excited for it?

Loads of different things… I really liked the idea of being involved in a film which is telling a story about reincarnation. I’m very spiritual myself and I find it a fascinating subject, so the general idea of Scopia grabbed my attention at a very early stage. But also Basia as a character presented a very good opportunity to explore all sorts of emotions in the film. That was a challenge that I had wanted to take for a very long time; using my experience from the Actors Studio and previous projects to see what I could do with it. So that was fascinating for me.

That’s what initially grabbed my attention and when I met the director during casting I knew that Scopia was the film I wanted to be working on and do the best job I can. 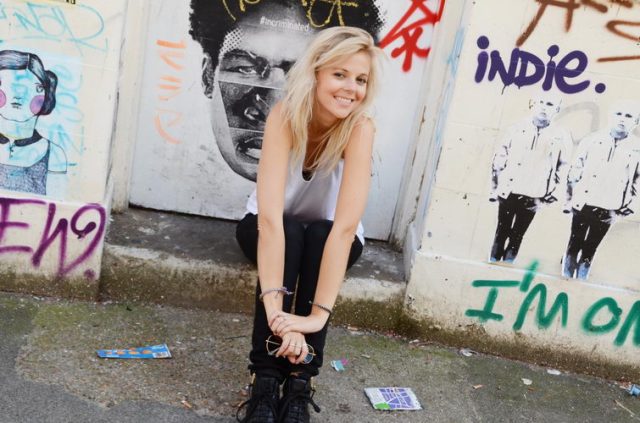 Basia is really rich in character and complexities, how did you approach playing her when you won the role? Did it involve much research?

No, I didn’t do much research. I didn’t feel that research was something that could help me. You know… in life we don’t decide on when and how to be more sensitive, more fragile or more traumatised. We don’t do research on who we want to be, we just are who we are for some reason and I think that’s truth of characters as well. For me acting is a state of being, not a state of pretending, and that is something I always remember. I just had to be Basia, create her from scratch, and that’s what was happening in the rehearsal process: I was just becoming that person and living as someone else. Research wouldn’t help me as that would be a conscious and logical decision  where as it shouldn’t be logical, but organic. Always.

I read something on your blog which I found rather interesting; that your old tutor told you to only use the method when your natural talent gets stuck and was wondering how that works in preparation and rehearsal?

You only need the method, and I don’t just mean the Lee Strasberg Actors Studio Method (whatever method an actor finds useful) if you don’t know what to do naturally in a scene. That’s when you start looking for help. If you trust yourself and can be believable, as a character, then you don’t really need any method because you’re going naturally through your senses. It almost happens by itself. Sometimes I’ll be doing a scene and think I’ll do it one way and then find myself saying ‘wow, why did I smile in that moment? I never thought that this was a scene which would bring me a smile’, but it did and it brought something new. If I like it and the director likes it then we keep it, if not then I’m searching for other emotions in a scene, finding what other colours and shades I can bring out of the character. You do it as much as needed to make the scene complete. So yeah…I don’t use any particular method anymore, I just use a lot of different things for different projects. In most cases when I read the material I just sort of “be the character” and in most cases I don’t know how I’m going to do it and how I’ll play them.

After fifteen years of acting, I learn to trust that process and I know that my method, my training is within me. It’s like a footprint which I leave wherever I go as a human being and also as an actor. I don’t need to constantly be thinking of exercises and training, I’ve done it and it will be doing the work for me subconsciously.

After the time I spent working (on The Scopia Effect) I felt emotionally exhausted from all the screaming and crying and I realised that my hair had very suddenly started to fall out. It felt like I was in chemo as I would touch my head and there would be so much loose hair on my hands. So I went to the doctors and they asked me whether I had been dealing with death in the family, whether I had been having any traumatising experiences recently as that kind of hair loss is connected with traumatic situations. The doctor explained that my body doesn’t understand that it is acting, all I have done on set – part of my brain thought that it was reality! That’s exactly how I see acting when I’m filming and rehearsing. I commit to it 100% and even part of my body believes it, and as result Joanna is Basia and vice versa. 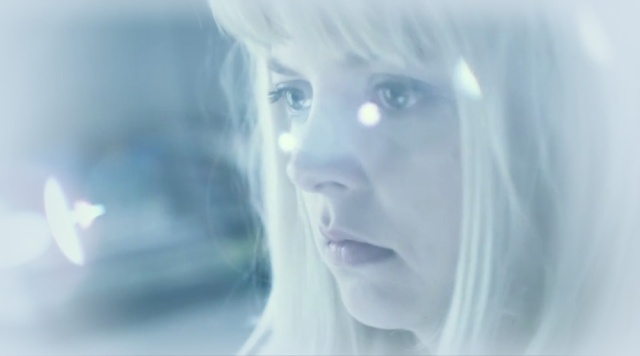 If I understand correctly you were working on film and stage in Poland for several years before you journeyed to America and the Lee Strasberg Institute; how did that location and education shift affect your craft?

Yes, I started my career early (in 1999) and in Poland during that time there was no such thing as low budget film. I’m not going to say that they had big budgets, but there was just one standard level of production for film in Poland at that time. So, because there were such a limited amount of productions which I could work on I would only ever apply for smaller parts in film and in episodes of TV dramas. That was an opportunity to build my CV, learn from my experiences on set, and to begin learning how the industry worked. Very quickly I realised that the education offered to me in Poland, East of Europe and Russia was not going to be enough to satisfy me.

I became obsessed with Marilyn Monroe from an early age and I only wanted to go the Actors Studio because she went there. But later when I was reading all of her autobiographies I also discovered so much about the method and I realised that it could be the alternative training that I had been craving. I had no idea if my intuition was going to be right, it was a huge risk, but I decided to move to New York in what turned out to be the best decision of my life.

When it comes to how that affected my craft, I don’t see acting as craft but more as a lifestyle. Going to the Lee Strasberg Institute did change me as a person; it made me more open, mindful and aware. It taught me what I had inside, made me aware that I like to work with emotions and so I should go in that direction with projects. It was a complete lifestyle change.

Having now worked in Poland, the UK, the Middle East and the USA I’m curious to hear how you’ve found acting in different countries? Do you have different focuses and opportunities depending upon where you’re working?

Acting is pretty much always acting. No matter where I am or what I’m doing it’s the same process for me. Sure, when working on set the logistics are different as the cultures and approaches are different, but when it comes to process and character it’s always the same. It’s always about becoming the character, becoming real.

Are there any particular types of roles or genres which you would love the opportunity to explore in the future?

Well, when I read it then I know it. I read so many scripts; every week I read more than ten/fifteen scripts, looking for interesting characters and stories that I want to tell. An acting dream of mine had always been to play a character who was dying of cancer because every time that I had seen that subject on screen it really moved me. I thought that it gives you a vulnerability to play with. Then this year I had the opportunity to explore exactly what I’ve always wanted to do. It was a very difficult subject to explore but I was very satisfied to have done it, explored it and completed that dream I’ve been pursuing.

I do want to play a marathon runner in a feature film at some point. There have been a lot of runners from East Europe, Slovakia, etc and so I’m hoping that something comes to me at some point. It would be very fashionable right now to explore runners and drug taking, how that would affect a runner’s life. I think that would be exciting acting challenge.

And finally, what else have you got upcoming which we should be looking out for?

There’s a British film coming out on the 30th of May called Dark Signal in which I’m playing a lead role. It is going to be presented in Cannes and I am going there to support the film. It’s a horror film, the kind of UK horror film we would watch in the 80’s. It has a very classic story which I fell in love with, in particular one traumatic scene which I was drawn to and which is quite key to the movie. I won’t say what it is as I want people to see the film!

I have a few more films coming out soon, which I cannot talk about yet, and you can also spot me in small role on TV in a new BT commercial alongside Ryan Reynolds!

The Scopia Effect was released on DVD on the 15th February, and if you want to get your hands on a copy then head right on over here. Will you be checking it out? Let us know by dropping your thoughts off in the comment box below!