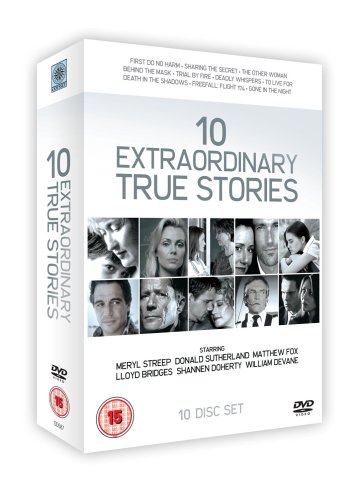 It’s your chance to win this fantastic collection!

10 Extraordinary Stories is now coming to DVD (15th of August) thanks to Odyssey. Fortunately for all of you they have been good enough to grant us a DVD copy to give away to one lucky Rumsey reader!

Here’s the official text to whet your appetite:

To enter all you have to do is answer the simple question below by Monday 15th of August.

Question:
In which film from the collection does Meryl Streep star? Is it:

B – Behind the Mask?

Remember the give-away closes on the 15th of August.